The Director of a new service for people with decision-making capacity issues has said that its launch may be delayed beyond 2022 - more than seven years after the introduction of legislation that provided for it - if it doesn’t receive its requested budget allocation in Budget 2021.

Áine Flynn, the Director of the Decision Support Service (DSS), said: “There are currently more than 220,000 people who would benefit from this service and we are 100% committed to launching the service as soon as possible. In the past two years, the DSS received approximately one third of the requested budget allocation which has resulted in delays in getting the service off the ground. Earlier this year, we agreed a time-bound, costed plan for commencement with colleagues in the Department of Justice and Equality. To meet a 2022 timeline, we have estimated that we need to secure a full budget allocation of €5.77 million in 2021. If we do not receive the full allocation then I’m afraid the commencement plan will be delayed again, at least until 2023.”

“The 2015 Act is long-awaited, reforming, human rights-based legislation,” said Ms. Flynn. “However, it is now approaching five years since the legislation was signed into law. It is critically important that those who will be most affected by the Act are provided with a clear roadmap for full commencement so we can all be assured, and continue with the job of getting the service ready for operation.

“If we are granted €5.77 million in the upcoming budget as per our estimates, we will be on track to deliver this important human rights-based framework to the people of Ireland.”

The Department of Justice and Equality had endorsed the costed plan for the establishment of the DSS. The DSS has been informed that responsibility for the 2015 Act and the DSS is now to transfer to the new Department of Children, Disability, Equality and Integration.

Ms Flynn added: “We very much welcome the fact that the commencement of the Assisted Decision-Making (Capacity) Act 2015 has been identified as a priority in the current programme for government. We look forward to engaging with the Minister and officials in the new department at the earliest opportunity to ensure that there is no loss of momentum and that commitment to the establishment of the DSS is maintained.”

The commencement of the 2015 Act is essential for Ireland to become compliant with the UNCRPD, which was ratified by the State in March 2018.

Ms Flynn noted: “Furthermore, “there is an obvious overlap between the cohort of people who will benefit from supports available under the Act and those vulnerable members of our community who suffered the worst effects of the pandemic. This is clear from commentary contained in the recent COVID-19 Expert Panel Report on Nursing Homes. That report recommends the urgent commencement of those sections of the Act providing for advance healthcare directives. However, no part of this Act can be delivered without the appropriate level of resourcing. ”

The DSS recently launched a website at www.decisionsupportservice.ie to provide up-to-date information about the ongoing implementation of the new service, while also informing relevant bodies of the steps they need to take to ensure they are ready for the full commencement of the DSS and the 2015 Act itself. Ms Flynn has noted that while the establishment of the DSS is an important milestone, other preparatory works outside of the remit of the DSS will be essential to commencement. The 2015 Act will have implications for the courts, legal and financial professional services and right across health and social care.

“It is expected that the Assisted Decision-Making (Capacity) Act will effect enormous change in the lives of people with decision-making capacity difficulties”, said Ms. Flynn. “It is important that those people - and their families and caregivers - understand the Act, the role of the DSS and the positive changes it will make to all their lives.

“While it is estimated that more than 220,000 people would presently benefit from the reforms in the 2015 Act, to presume that it would only assist that cohort of people is to misinterpret its reach and potential,” she said. “At any point in time, anyone of us could lose the capacity to make and communicate decisions for ourselves. Therefore, this is an Act for everyone.”

Back to News & Events 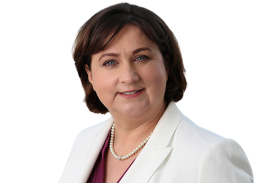 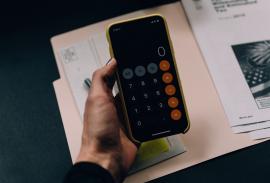 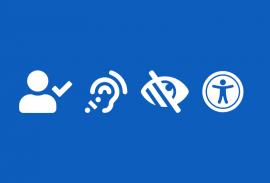 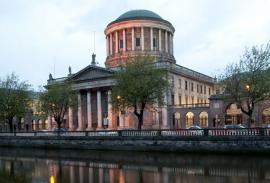